A Wild Camp this Friday In the Lakes 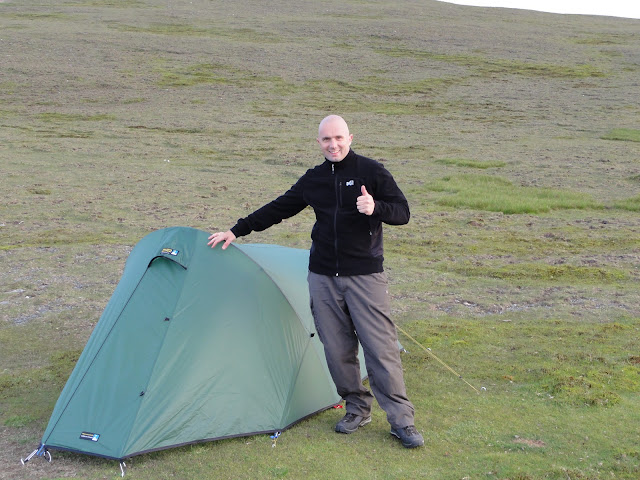 A planned 1 night Wild Camp this Friday, weather is forecast pretty nasty so am hoping to be able to camp this time around after the failed attempt last time.  Mountain weather forecast from met office as from Tuesday

The blustery showers continuing throughout the day, some of which will be heavy and also wintry above 900 metres. The winds will remain gale or storm force with a danger of losing your footing and also with severe buffeting. Severe wind chill.

A fine start but chilly with a touch of frost in sheltered dales. Cloud soon spreading from the west with rain extending across the ranges during the afternoon. Cloud bases lowering to cover the summits, then lower levels later. Gales or storm force winds developing.

Lets hope my Voyager is up to the battering again.  I have added a couple of extra guy lines to the front where the poles cross over hoping it makes it not slap me in the face if the wind changes during the night.  So up to now we have in no order me, Chris, Andy, Alex and a possible show from the storm chaser Dave, lets hope he makes it be nice to see the Akto out perform every tent again.

Stay Tuned for the after report if it went to plan or if we actually got camped ok.  I will be hoping it rains on way up so I can test my new Jacket from Webtogs  pic below.

A quick thanks to Gareth from Webtogs as he made the purchase an absolute joy with ease never had that service from a shop before so many plugs for Webtogs anyone thinking about purchasing anything to do with outdoors look in there first. 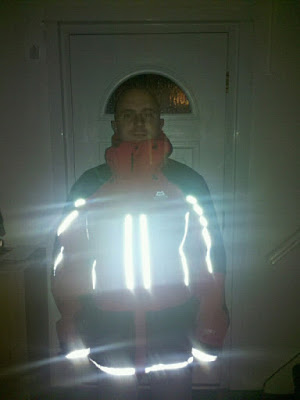 Ok so its Thursday night and late near on 11pm and Ive just finished making my Brandy+coke for the trip weather by the met office seems to be quite windy so be interesting if everyone agrees to camp on the summit lets hope it dies down abit just to get tents up and then that will do me lol.  If you would like to follow any of us that is going then click links of the names above and you should be able to read there tweets, there is another joining us Alan so you can follow him too and ME of course as long as signal permits I shall be letting the world know of my trip lol a full report will be coming as soon as possible as long with a video hopefully thanks for following and hope I can get some tweets and pics out on the trip.