Wild Camp In Some Woodland 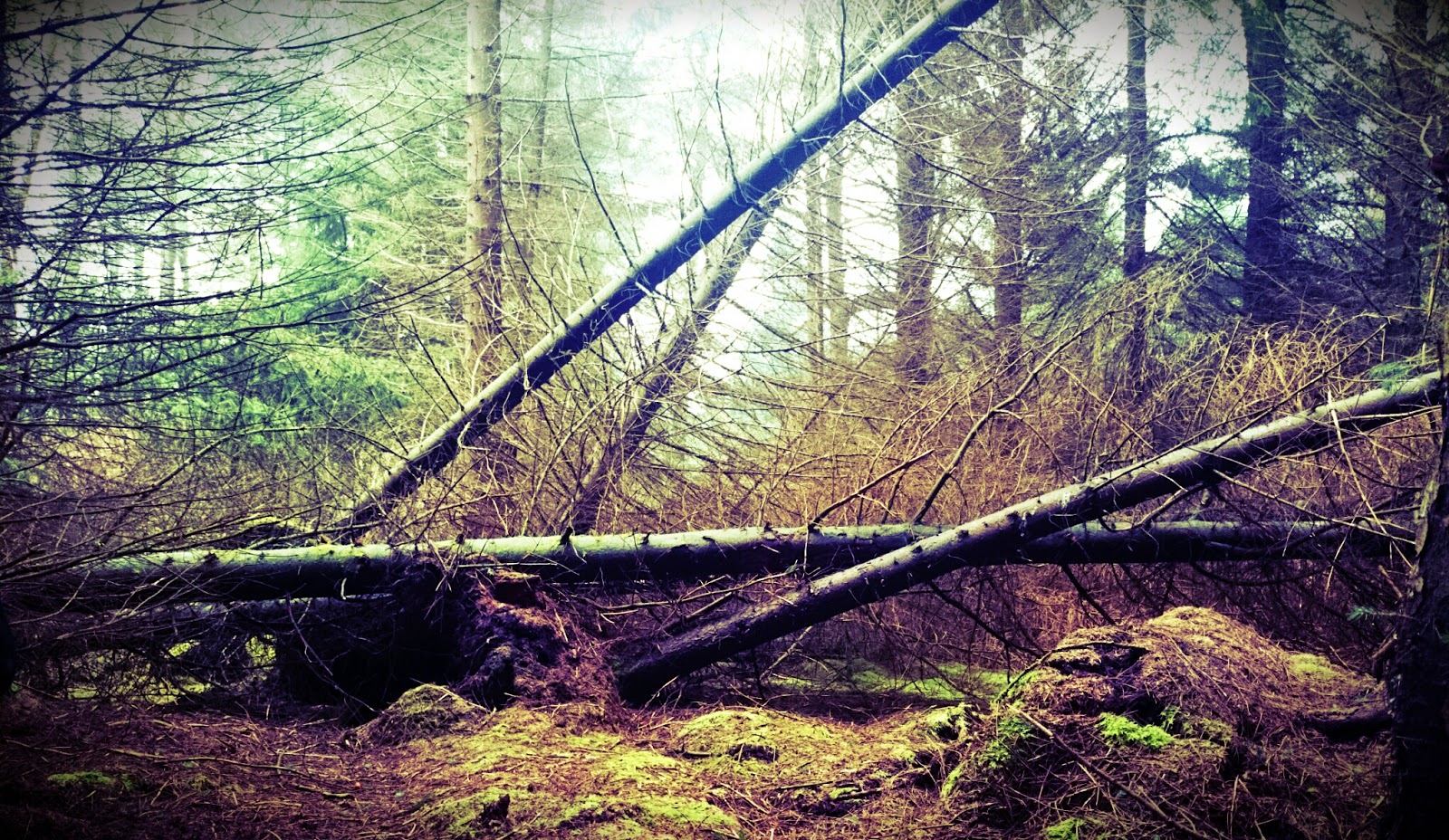 A last minute decision lead me and Maxine off wild camping in the woods, spurred on by the fact she had bought me a Hilleberg mesh inner for Valentines Day, not the usual present I'd have expected but one that I was over the moon to receive. 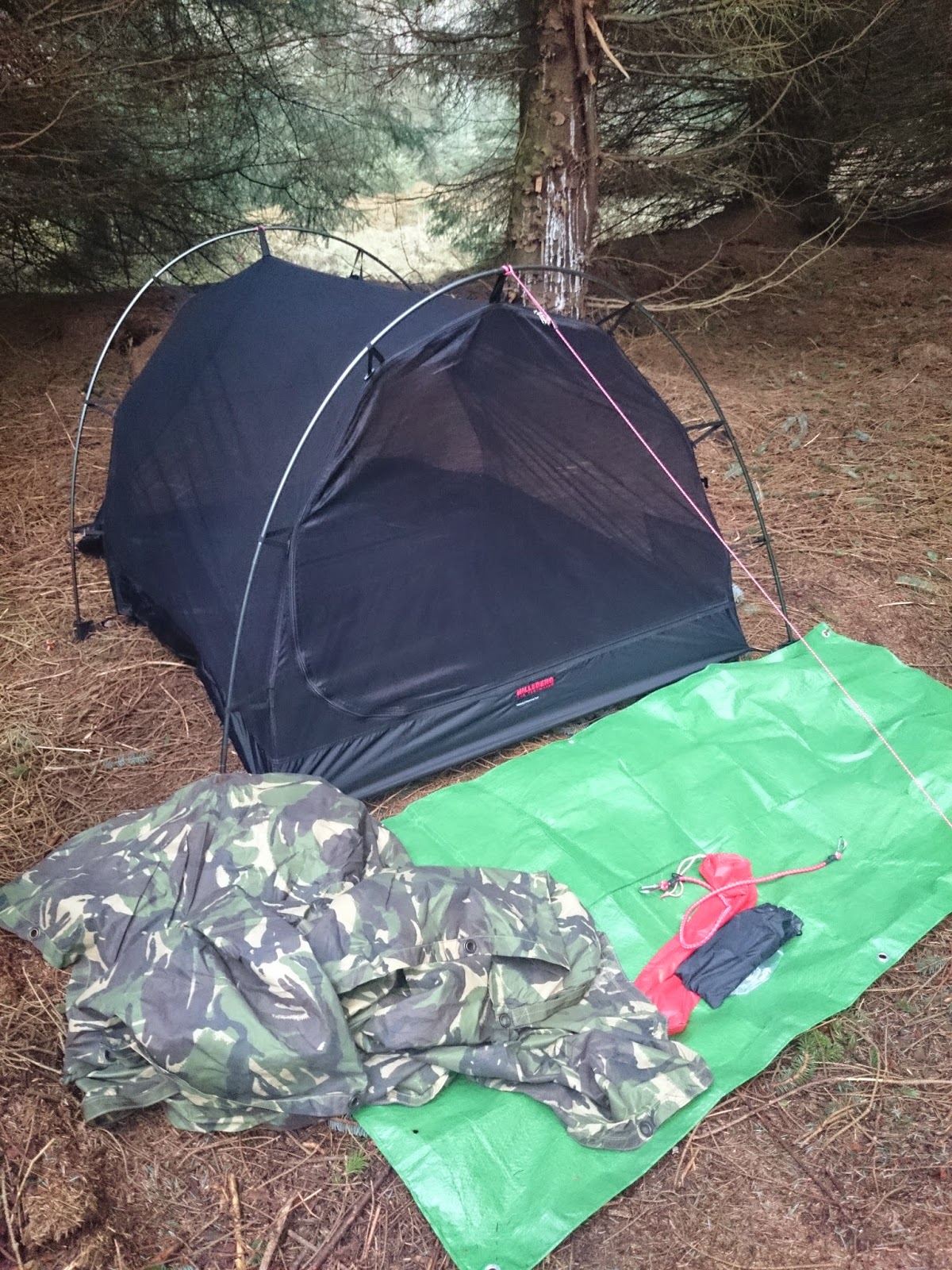 Maxine let me have it before Valentines day as she also suggested a wild camp on Valentines day, as the saying goes "she'll do for me."

Doing the usually weather watch for a rough indication on what to expect, I was preying for no rain as I didn't want to put a tarp over the tent, the whole reason for wanting one was for the summer so I could relax looking around at the wild life or at night watching the stars, without the added insects crawling over me, its perfect for what I wanted it for but not so much for the winter. 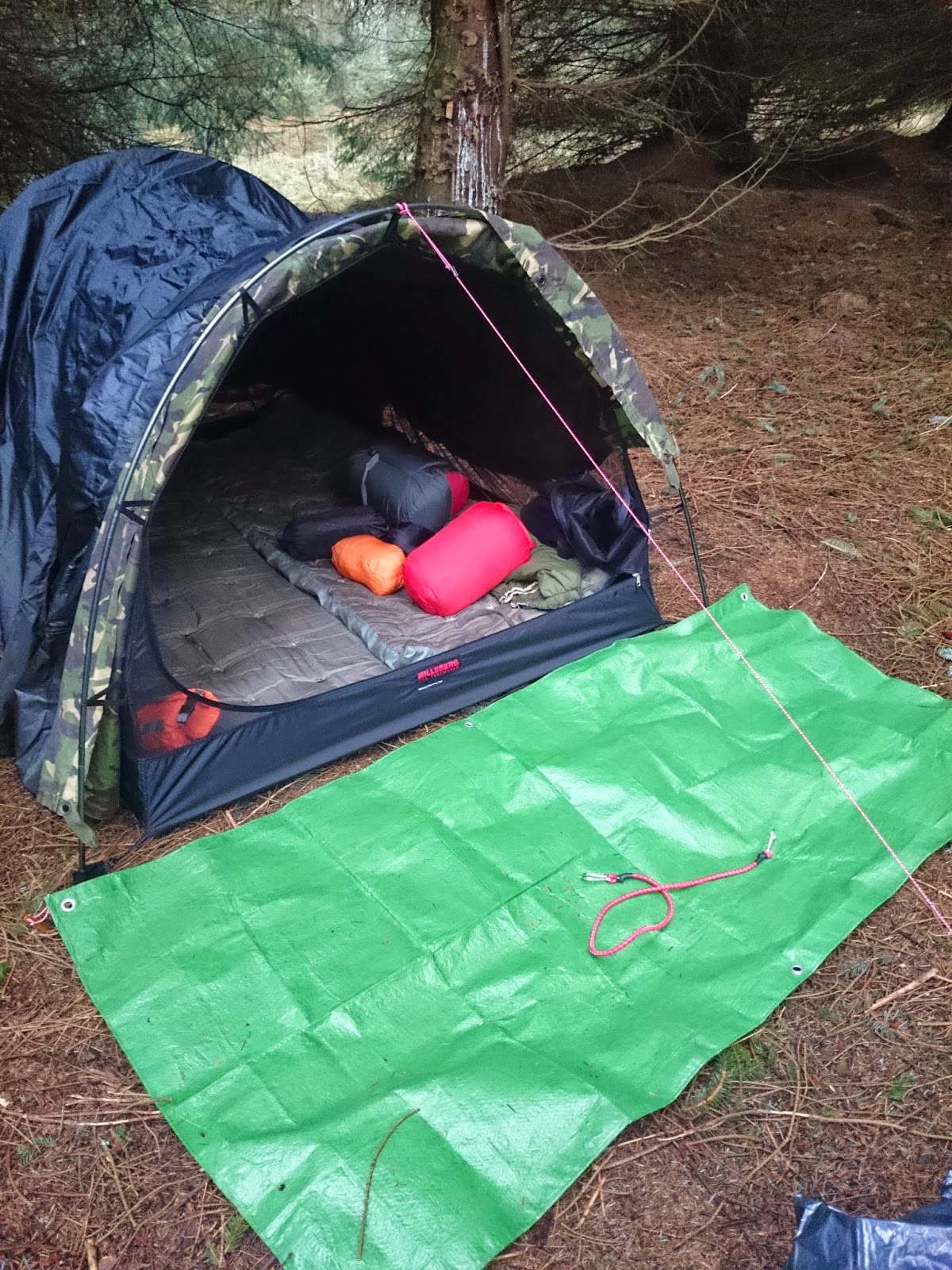 The weather it was forecast to be cold as it is February the cloud was thick so no stars was going to be visible and it was touch and go on maybe a shower during the night, my mind was made up we were going but I'd have to put a tarp up.  What I actually did was just drape 2 tarps over an army one and then my bigger one to cover the tent whilst the fire was on, mesh would not like to meet any stray sparks.... 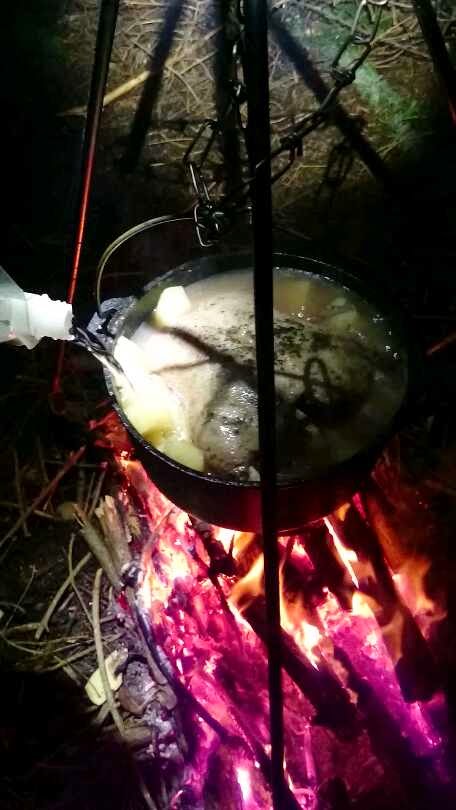 We arrived at our destination the area I want share with you as its nice to know we can get away without someone else being there.  Duck was on the menu and I took my steel tripod I purchased off Kev, cant big his work up enough it works spot on, so duck in the dutch over with some tattys I would later mash and make gravy out of the substance left in the dutch oven.

The meal was lovely and well worth the carry in of the heavy dutch oven and tripod.  I never had a drink as I am on a break from it so as I type this am 2 weeks 2 days dry (t-total).

It never rained only little spots of rain now and again the whole trip went to plan, apart from nearly losing the duck as  I took it out of the dutch oven and put it on the chopping board it slid right to the edge, nearly dropping into the fire, think both our hearts stopped 3 hours waiting for it to cook to see it get eaten by fire would have been soul destroying.

I took loads of video footage with my new camera (gopro 4black) but that wasn't meant to be, on returning home and uploading it to the computer, it said there was 31 video files successfully uploaded but time I deleted the files from the gopro I was left with 4 all just captured the next morning.

Guttered wasn't the word if it hadn't been a present it would have been in the bin, not to be beat though I will not make the same mistake twice and will continue my learning curve with it.  Below is the video, the beginning is from Maxine's phone and the last bits what I could salvage from the 4 clips I have. Not my best video but considering what happened turned out ok.