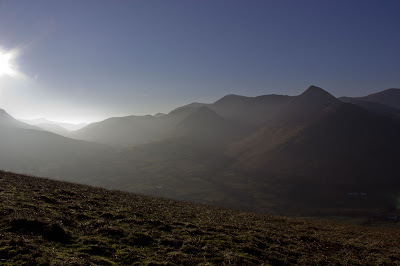 A week off work again and it was Catbells I wanted to camp on, passing this small ruggered looking hill many times, heading over to buttermere, I've often said I bet the view from there is good, so a camp has been on the cards for a while.

As normal I left the packing till the actual last minute rushing about like a mad man, as I was to meet Dave and Paul at Scotch Corner Services, late again, I would be but only by about 10 minutes.

A little sneaky text wind up was on the cards, as I arrived at the services, I text Dave to tell him I was packed and would be setting off now and hopefully be there in an hour, they had arrived early so had being there for about 3/4 of an hour already, I left the text for a few minutes to make him sweat and then sent him a picture of his car parked up, it back fired and 15 minutes later they came out lol.

Dave has a couple of walkie talkies, so we would use these to make the drive a bit more fun, me being on my own,  Paul and Dave sharing Dave's car.  We set off and took our time, saving fuel is a plus point in these hard times, every penny counts.  We tried for a pint at a hotel but it didn't have a bar, checking the time, we decided to just find a car parking space and head up, am glad we did make this call, as we would have missed sunset and it was a fine one.

We hit the summit and there was a family sitting chilling out, no place to camp but we already knew this, our camp would be just down from the summit, a little over a mile from where we parked.  We got our tents up quick so we could get out and film the glorious views. The weather was so still and calm, it was bliss to say the least, not many times have I witnessed it so still on top of a hill.

Photos taken and a bit of videoing it was time to get my tea on, I was starved and Look What We Found, would serve as an excellent meal, adding a bread bun for my greediness. We chatted and watched Dave cooking his steak and after smelling that thing cooking it was time for my 2nd boil in the bag meal.

We stood outside our tents chatting away for hours and at one point we seen some lights coming down from Bull Crag, it was mountain bikers around 12 of them, they came past us and headed over Catbells, we could only imagine it would be a struggle getting bikes down the scramble bit,  as though it is an easy scramble, it was very slippy and it was becoming frosty, so it would have being quite slippy. The night passed pretty quick and we were all up at 7am. Cooking bacon and absorbing the view down to Derwent water, the wind had increased and you could see it was choppy on the waters, my plan was to camp solo on an island.

We headed back down and parted, I headed for another parking place, a one that would be close to Derwent water, so i didn't have far to walk carrying Kayak and camping gear, i think in all honesty I talked myself out of it before i got there.  I went to the opposite side to Catbells but the only parking that I could see was pay and no overnight, I ended up in a one way exit road, it was a massive exit so parking my small car would not cause any bother but I wouldn't leave it here overnight. 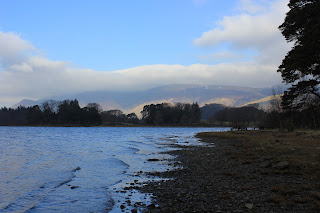 So out I went for a bit fun on the Kayak hitting some very small waves, made fun for me am not 100% feel safe on the kayak so a small wave is me being at sea, lol but it was fun, I did bottle the island, too rough for me, so I headed home, it wasn't a failed trip, I had enjoyed this trip immensely and if I go again, I will be taking my Kayak and I do hope for calmer waters so I make it on the island.

enjoy the video please keep supporting my channel and website with your comments and likes, it means the world to me.

Thanks to all reading this