Camping with kids and dog or and the other half 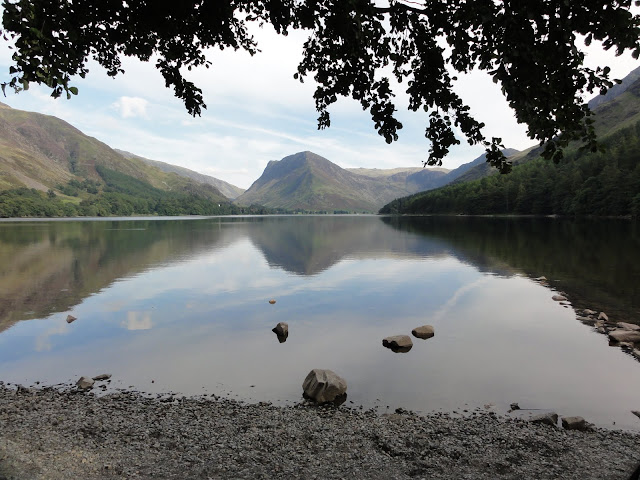 Well where to begin, I took myself, Joanne, her kid, my kid and the dog for a camp at Buttermere, all i all it went well better than expected, The End.

Hehehe only kidding we set off all packed just needing a few things steak for me and Joanne (yea no steak for kids or dogs) its a waste they don't understand the pleasure lol, we also needed 3 roll mats for the tent I would be stopping in, leaving it rather late who cares they have them all over the place cheap as chips, WRONG, needing them to keep the cold off me, my little one and the puppy, I was indeed in need.

So off I went to wilkinsons, after asda didn't have them am sure I'd seen them in there before for like £3 went into Sunderland town and guess what yep they didn't have them as all stores now have finished with the summer range and getting rid of the shit, Bastards where next?? fuck it I thought camp shop and pay through the bloody nose for them yep shit roll mat £5.  Ok so I had cleared the local camp shop out of roll mats, they only had 1, where to go next?? meat before the butchers burns down lol you never know, meat sorted Haswells up Silky fucking beautiful Sirloin steak 2 for £8 deal done.

Still thinking about bloody roll mats driving up to Buttermere, I had a plan hit Keswick and get stung up there, off I went and driving past some of the camp shops in Keswick most or all had big sales on "quality." i thought off out into closest £8 for a roll mat and we talking shit ones here mind not multi mat good quality total shit.  So off I went out of one shop into another and after the 3rd shop I hit onto a bargain 2 roll mats for £12 yes score paid for them ran out the shop.  ( went back in the shop with my sockets might as well they took my bloody eyes out ) Sale what fucking sale, ramble over I got my bloody mats shit ones with the built on plastic clips first time I felt cold on a camp, usually use the multimat military ones (quality) and I only paid £7 or £8 for 1. 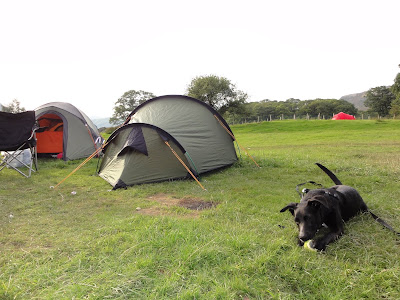 There was a few up at Buttermere more than I thought there would be considering it was Tuesday, I have just bought a 50ft training lead for the dog and it came in handy I tired her up to the fence and she could wander about without me worrying she could do one, well I say it came in handy she kept pissing off and eating grass mud shit and even a fucking tree branch which was still attached to the tree fuck me did i have my work cut out.  To give her, Izzie her dues she didn't do too much wrong barked at people when it got dark lol she a chicken, she scared of dogs and most other animals not her fault as she was attacked at the rescue, comes in dark and anything made a single sound and she was like a warrior of the camp site lol.

Kids.....where to begin the usual stuff can spiders get in can beetles etc etc etc so I had to explain tent is sealed leave the door open and you will get something in, I took them a few minutes walk up the gill, and my daughter was well away talking none stop whilst she was walking up the steps she was loving it, after a few minutes we turned round can't do anything with the puppy yet fuck her legs, they enjoyed the little walk and now they can tell there friends they been walking up a mountian...all in all for their first time camping they loved it.

So its quite possible I may have a possible wild camper in the making just need the toilet thing sorted lol when I mentioned about her coming camping with me she said she would have if there was toilets, I had to explain as usual that we were camping on a camp site which has toilets and that she wasn't wild camping, so we all had a good day and night in the lakes.

Question to myself would I sacrifice another wild camp to take the kids camping well not fucking likely lol and on that note the end.