My first time in the Howgills 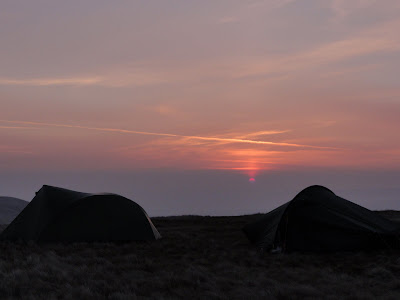 After Dave had done a solo camp in weather that was 2nd to none I set to it to try an plan away of getting myself on a camp whilst this weather was just well amazing.  I was too plan a trip to the Howgills as it is a shorter drive than the lakes from Sunderland and time would be against me.  I usually finish work approx 2:30pm and time I got home changed and bag in car I was aiming for to be in the car and off at 3pm, Dave meeting me at mine for a quick escape.

The plan was going to work and all it meant was getting up early and getting back for latest 10am before I started work, until I arrived at work this was my plan.

I was at work only minutes when I found out I was spare and there was actually not much work left as they had other men spare too, my luck was in and I took off to the office for a quick chat about me being spare and if it was fine could I put a holiday in, yep I should have put the lottery on as within half an hour I had been at work and now back home texting Dave the new plan we could go as soon as we like.

A few finishing things in the bag a trip to asda for sun cream???? yep I know fucking I can't believe am typing this either but yep fucking sun screen, no rain was to be had on this trip and off we set to the Howgills.

Dave had chosen the hill of Randygill Top and without me checking distance and so on, I let him plan our journey, which I might add should have only been a short walk to a summit, never mind it was a joy full experience, we followed a ravine and captured some lovely sights on camera.

Dave only a few days from his last wild camp at the howgills had met some wild horses and sure enough they came running over like something from Black Beauty, they even made there way over to us well for a second until Dave tried to kill them off with his bloody penny sweets (lol). 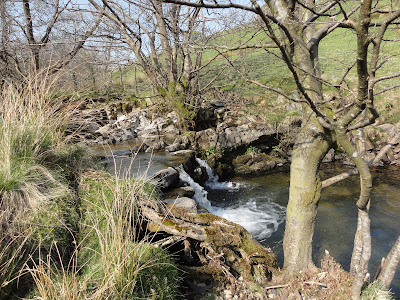 So on we trotted on a very slow pace it was far to hot and bloody dry, "I could get use to it." I thought!

We started to the accent to the top and by god did it kill me out of shape is too nice a word too much booze and bloody hot dinners, stopping just off the summit of Kensgriff what I would like to call the saddle what joins Kensgriff to Randygill Top, I pulled out a nice look what we found meal what a relief we had been walking for sometime, the heat zapping me ( I hate the rain but the sun fooking kills me).

We set off for one last push up to the top well nearly one last push with about 20 stops bloody heat lol.  We made it to the top slight breeze with a little wind chill in the air but nice views and no gales or rain.

Putting my tent up was such a struggle I had all the time in the world no pressure cause it was gale force and pissing it down, the weird thing was I just didn't know which way to put it up making errors all the time lol, think it was just down to no pressure and the thought of a drink which I was clamming for was waiting.

So tent up and brandy in hand soaking up the views it was hazy in the distance but who gives a fuck there was no cloud, gales or rain for that matter it was lovely.

So I sorted my bag out and the rest of my gear and I like nothing more than to get some clean socks on ooppps they were still in the bedroom, the usual for me when ever I go somewhere I just have top forget something its quite unbelievable but there you go normal for me.

We stood outside made our meals and sipped our booze until it was time to hit the sack, I slept like a dream no tent slapping me in the face what a pleasure.

We had to be up and gone early as I didn't plan on being so far from the car.....Daves fault.....  so I was up before sunrise think it was about 5am or there abouts did some filming for my video of the trip and off we went.

We had seen an old derelict house and still don't know what it was used for as when we checked it out it had girls on a door, the floors ceilings where collapsed on top of each other and I just couldn't help but have a wander in, I found a basement it was quite a pleasure to be snooping around some old building left to rot.  You can see the video of the house Here 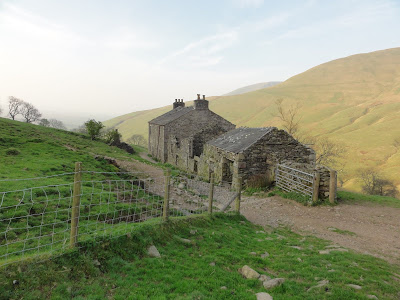 Dave had seen an Owl in the house which he caught on video you can see it in his version of the trip Here
After spending so much time at this house I was pushed for time and just made it back to work well was about 3 mins late but I wasn't caught lol until they read this ooops Aygo flying past over 100mph that may have looked like me and Dave but I can assure you it was not me.

I should be getting around to finishing off my video I got it all edited straight away but need a few tweaks with my voice over and shit so just haven't gotten round to it yet need a kick up the backside.